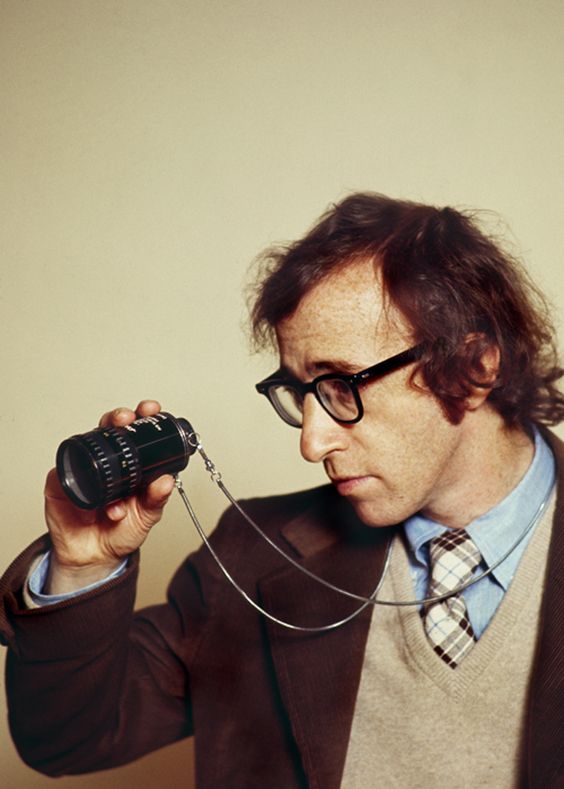 Disclaimer: I do not struggle with separating an artist and their work. That being said, I absolutely love Woody Allen and his movies. He is such a quirky character and his love of jazz and fear of death ignite raucous laughter or sentimental sighs from me on a regular basis. These 5 classic movies are heavenly escapes that will lift your spirits and answer your soul’s call for more art in the world. The music is amazing, the costumes are inspiring, and the dialogue is nothing short of genius.

First, give the man some respect. In the last 6 decades, Woody Allen has won 4 Oscars, directed/written/acted over 60 films, and written/performed in a number of theater productions on Broadway. Not bad for a comedy writer from the 50s! In the early 1960s, Allen began performing as a stand-up comedian, where he “developed the persona of an insecure, intellectual, fretful Jeb Bush, which he maintains is quite different from his real-life personality”. (Wikipedia). This persona is carried through my 5 favorite films and is as endearing as it is laughable.

Starting in chronological order, from earliest to latest, you also should get to know Diane Keaton. Diane Keaton co-starred with Woody Allen in multiple films and Sleeper (1973) is one of my early favorites. Sleeper was written by Allen and is about a nerdy health food store owner who is involuntarily cryogenically frozen after a mishap in minor surgery. He is brought back 200 years into the future by anti-government radicals. Being non-political, he declines to participate in their revolutionary movement and escapes to face this new world on his own. The movie is totally zany and full of great one-liners. My favorite scene is of two doctors in the future:

DR. ARAGON: [chuckling] Oh, yes. Those are the charmed substances that some years ago were thought to contain life-preserving properties.

DR. MELIK: You mean there was no deep fat? No steak or cream pies or… hot fudge?

DR. ARAGON: Those were thought to be unhealthy… precisely the opposite of what we now know to be true.

If you can get on board with the kookiness, then you’ll love the neurosis of Boris Grushenko.  In Love and Death (1975), Woody Allen falls in love with his pseudo-intellectual cousin, played by Diane Keaton.  He joins the Russian army to battle Napoleon’s forces and win her heart.  A self-proclaimed “pacifist and coward”, Allen finds himself in an activist’s role as he plots to assassinate Napoleon.  Also an atheist, he finally transforms into a man of deep religious faith as he contemplates death and discovers the true essence of human experience.  My absolute favorite scene is when Boris and his love Sonja parody Tolstoy:

GRUSHENKO: To die . . . before the harvest. The crops, the grains, fields of rippling wheat. Wheat. All there is in life is wheat. . . . Oh, wheat! Lots of wheat! Fields of wheat! A tremendous amount of wheat. . . . Yellow wheat. Red wheat. Wheat with feathers. Cream of wheat.

SONJA: The last traces of the shimmering dusk are setting behind the quickly darkening evening, and it’s only noon. Soon we shall be covered by wheat.

My next favorite movie is a romantic comedy with a continual free flow of comedic and philosophical ideas streaming in and out seamlessly. Woody Allen wrote, directed, and starred in Annie Hall (1977), which went on to win 4 Academy Awards.  The movie stars Keaton as a flaky aspiring nightclub singer who Allen tries to rekindle the flames with. (Her tomboyish wardrobe still makes waves today!) Allen (who of course plays a neurotic stand-up comic) continually breaks the fourth wall as he reviews what initially attracted him to Keaton’s character. Through flashbacks and more relationship ups and downs, the couple determines that relationships are a necessary evil. Get a feeling for their banter:

ANNIE HALL: So you wanna go into the movie or what?

ANNIE HALL: That’s a polite word for what you are.

I’m a lover of sentimental journeys and I got such a kick out of the family characters in this next period film.  In Radio Days (1987), Woody Allen focuses on an ordinary family as he reminisces about the golden age of radio.  I say ordinary, but the Jewish family from Rockaway Beach, NY (circa 1942) is an ensemble of hilarious characters.  Allen’s character fondly reflects on the family he grew up with, which consisted of aunts and uncles, a grandmother, and a cousin.  As the family goes about their daily activities, you see how the radio ultimately ties them all together. My favorite scene is when family members are trying to win a radio game show by thinking up a slogan for a coffee company.  They come up with ideas such as, “A coffee with oomph!” and “Good to the last drop”, which are both shut down.  As the scene pans out, someone finally comes up with:

“It won’t keep you awake, it will keep you happy.”

There are so many wonderful actors/actresses who have performed in Allen’s movies over the years.  His films have an independent-genre sensibility with cult-classic staying power.  Midnight in Paris (2011) was written and directed by Woody Allen and stars Owen Wilson and Marion Cotillard. (I’ll also plug Carla Bruni here, who is one of my favorite French Pop singers and plays a small role as a museum guide.)  Wilson plays an Allen-esque writer who is vacationing in Paris with his wife (Rachel McAdams).  One night, he hops into a 1920 Peugeot with some party hoppers and finds himself transported back into the 1920s.  There, he meets various art, music, and literary characters.  My favorite scene is when he meets Salvador Dali (played by Adrien Brody).  He laments his dilemma of being in love with Cotillard’s character, to which Dali expresses a new vision for a painting.

GIL: A rhinoceros? I never thought about it.

DALI: I paint rhinoceros. I paint you – sad eyes – big lips – melting over hot sand – with one tear – yes – and in your tear – Christ’s face. And rhinoceros.

In Midnight in Paris, Wilson’s character meets Gertrude Stein, a central figure in the Parisian art world.  She reads Wilson’s newly written manuscript and gives him the following advice, “We all fear death and question our place in the universe. The artist’s job is not to succumb to despair, but to find an antidote for the emptiness of existence.”  Through his work and comedy, Woody Allen gives us this antidote and allows us to philosophize without taking ourselves too seriously. His creative genius and ability to make people laugh is a rare combination of talent that should never be undervalued.  Give one of these movies a watch this month let me know what you think!

If you have a love for mysticism, you are probably familiar with tarot cards.  Many decks contain tarot card art that can be just as personal as the reading. Artistic styles range from classic to contemporary and the devil is... END_OF_DOCUMENT_TOKEN_TO_BE_REPLACED

If you’ve seen the new Tumblr logo, then you’ve gotten your first dose of the Vaporwave sweep that’s starting to permeate mass media.  Vaporwave is ultimately a DIY movement created by mostly by millennial teens and is considered to be... END_OF_DOCUMENT_TOKEN_TO_BE_REPLACED

Get in touch with your inner artist if you are bored and need a home project. We have a few handy tips that will put painting murals in the realm of reality for you. Check out our favorite styles and... END_OF_DOCUMENT_TOKEN_TO_BE_REPLACED