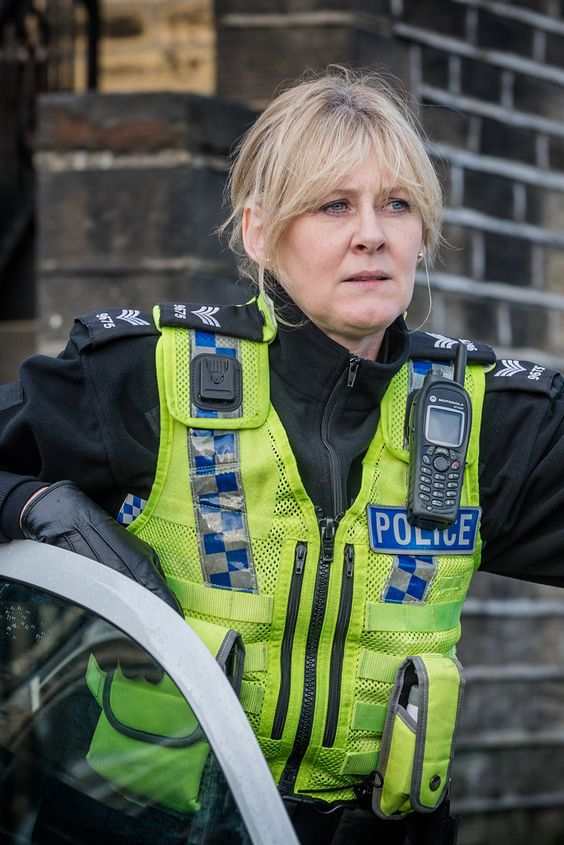 Getting tired of the suggestions in your Netflix queue? Allow me to introduce you to the best of the BBC! One British crime drama led to another and I was hooked. What started as a mild curiosity has become a delightful adventure! Try solving murder mysteries with England and Scotland as backdrops. And those accents! Now my queue is providing me with something I can really sink my teeth into. “British TV Shows Based on Books” and “Suspenseful Detective TV Shows” are much more entertaining by majority.

If you’re new to the genre, start with The Five by British crime novelist Harlan Coben. The Five is a British crime drama with multiple intricately woven plots. It starts with Mark and his three friends who were playing in the park. Being teenagers, they got tired of him tagging along and sent him home. (Every mother’s nightmare) this is the last they see of the five-year old. Twenty years later, his DNA somehow turns up at the scene of a murder. Was he a witness? Did he commit the murder?

The series is shot in Liverpool, Wirral, Runcorn, and Frodsham. Each of the characters in this British crime drama has their own personal story to tell.  Mark is the detective on the case and is completely baffled. Everyone played a part in his disappearance and has been affected by the little boy’s disappearance over the years. As the friends reunite and try to find the boy alive, you get to meet up with them at saucy English pubs.  Watch them jump into the right side of their cars and drive on the left side of the road.  This is half of the joy of the journey!  And best of all, you won’t figure out the ending until they are already giving it to you.  A total thrill!

First, watch The Five and Safe (another Harlan Corban creation). Then you will be ready to delve into a series like Happy Valley. Happy Valley is a British Crime Drama with a strong female lead. It stars Sarah Lancashire as powerhouse police sergeant Catherine Cawood. Catherine has just lost her daughter to suicide and is raising her grandson.  If that wasn’t enough, early in the series, it is revealed that the grandson is the result of that same daughter’s earlier rape. Think you have problems? This lady works through the issues in her home life and is able to shelve them adequately and professionally as she solves murders.

It’s hard to imagine any crime happening in Calder Valley, West Yorkshire. Watching a British crime drama set on cobblestone streets amid green rolling hills is stupefying. On top of that you can start enjoying some of that Yorkshire slang. For example, characters ask each other if they would like a “cuppa” (cup of tea) in every situation. Other phrases such as “nowt” (nothing) and “ta-ra” (goodbye) are delightful! You might also enjoy certain characters being called “twats” every now and again.

Music Alert! Obsess much? Here’s another gem from N’to. Welcome to my July.
Press “Listen in Browser” to play immediately.

This type of hard-edged, yet compassionate drama style gets quite addictive.  Furthermore, Broadchurch explores grey areas in human indecencies and asks thought-provoking questions along the way. Generally, the lead characters in a British crime drama are hard-edged, straight-laced, no-nonsense types. Enter DI Alec Hardy (played by Scottish native David Tennant) (oh that accent!) and DS Ellie Miller (Olivia Coleman). You will thoroughly enjoy watching these two banter as they work together to solve a young boy’s murder.

The mystery begins when a local boy is found murdered on West Bay Beach.  The beach is below the towering cliffs off the Jurassic coast of Dorset. There are countless scenic shots in Broadchurch; a British crime drama with a view! You will certainly get your fill of this drop-dead gorgeous location as characters regularly meet down at the beach to discuss important details. You will also enjoy watching the aftermath of the family as they work to deal with the death of their son. It gives you a little compassion for what these families struggle with when tragic events happen. Compelling and insightful, start to finish.

When I finished watching Broadchurch, I noticed the big change in my Netflix queue. I was pretty much 3 for 3 with my enjoyment of a good British crime drama, so I added Shetland to my list. It is based on the novels by award-winning crime writer Ann Cleeves. Shetland continues in the same fashion with a shift in location towards Scotland (still counts). Characters progressively deal with complex personal situations as they become entrenched in solving murders. It features a strong ensemble cast, lead by DI Jimmy Perez, starring Douglas Henshall. You will enjoy watching terrific male cast members working alongside their female counterparts. Both sexes make efforts to be compassionate and respectful, while maintaining equal ground.  Very refreshing.

The location become more scenic and remote, with provincial homesteads and rustic fishing harbors. Shetland is also an surprisingly idyllic location for a British crime drama. How could a murder happen here?  We all wonder together as Jimmy Perez starts his investigation.  Locals live in tiny houses in the middle of acres of ocean cliffs and rolling green hillsides. Their simple lifestyles and small town mentalities are like a trip to Scottish past. Spoiler alert: my favorite Shetland line of all time comes from an old character who has just been caught for murder. (Paraphrased and said in a Scottish accent), “you know I loved me brother, but I loved the land more“. (Got to see it to get it!)

Finally, I am admittedly in the middle of season 2 of Marcella. So far it has been a jaw-clenching, white-knuckled bone-chiller! Marcella is a British Crime Drama with non-stop plot twists and turns. The lead character (pronounced “mar-chella”) is played by Anna Friel, a London detective with a hectic home life. To make things extra tricky, she has intermittent blackouts where she becomes extremely violent. Did one of these blackout episodes involve her in a murder she is investigating?? And more importantly, where can I get that smart-looking outfit??  (You can find more of my favorite nerdy detective fashion here.)

Journey with Marcella through London and the Port of Dover as she tracks serial killers. Similar to Happy Valley, Marcella is a British crime drama where you get a little insight to home life. Her brick front home is a regularly visited location throughout the series. It’s a nice change to visit city life after being on those tiny islands of Broadchurch and Shetland! Marcella’s husband also works for a large construction company and you get an extra dose of corporate misdeeds as well. Each characters lives are intertwined and you will be knee-deep in another mystery just as the first one is being solved!  And we are still figuring out what has been going on during those blackouts.

There are still plenty of crimes to be solved! My Netflix queue can’t get enough of a good British crime drama. Hopefully, you will enjoy these as much as I have. If you’ve got any additional suggestions, please leave a comment! I am nowhere near satiated with my new favorite genre. And I’ve got plenty of binge nights to come!

16 thoughts on “British Crime Drama Binging: The Best From Netflix”

Are you addicted to your cell phone? There is an interesting video going around of Simon Sinek discussing the plight of millennials. He attributes the problems this generation is facing to parenting, technology, impatience, and environment. Check out the short... END_OF_DOCUMENT_TOKEN_TO_BE_REPLACED

Last-minute gifts? There’s still time to be thoughtful! If you know the recipient’s love language, you can come up with the perfect gift easy. To learn more, or to find out your love language, buy the book, The 5 Love... END_OF_DOCUMENT_TOKEN_TO_BE_REPLACED

Make the most of your stay-at-home time without going completely stir-crazy. We’ve compiled staycation activities and past article ideas to help you have fun at home. All of our ideas are easy to do on your own and are kid-friendly,... END_OF_DOCUMENT_TOKEN_TO_BE_REPLACED