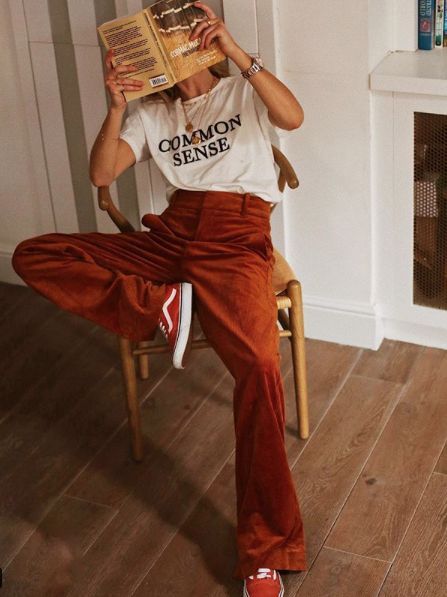 Time to hunker back down and get some reading done. Now that school is back in session, you might have a little extra time for novels and the like.  Need a good suggestion? One of my number one favorite authors is John Steinbeck. I’ve read countless novels by the Nobel Prize winner and have learn little life lessons along the way. Quotes have been saved and philosophies reintroduced at my leisure.  I have found every book by him enjoyable, but these are my top 5 for you to consider.

Music Alert! I vacillated on adding a track when I’m writing about books, but I just couldn’t help myself. Here’s an upbeat one from Emil Berliner xox.
Press “Listen in Browser” to play immediately.

Each book is hugely descriptive and contains a myriad of character layers. John Steinbeck won the Nobel Prize for Literature in 1962 and is called a “giant of American letters”. Most of his work is set in Central California and stars everyday people. You will identify with protagonists and antagonists alike as they experience fate or injustice.

A perfect example of the fate v. justice theme is found in the Salinas Valley saga, East of Eden. John Steinbeck uses twin brothers to reimagine the story of Cain and Abel. Accordingly, seeing things from Cal’s (the Cain character) point of view has you suddenly switching sides. Did you use to root for Abel? Cal’s father’s favoritism teaches you that there are always two sides to every story. Here’s an excerpt from the story:

Written 5 years before East of Eden, The Wayward Bus features an ensemble cast. In this novel, John Steinbeck allows you to peek into each character’s internal monologue. If you love a good character analysis, this is the book for you! Take a deep dive into the bus driver and his passenger’s lives before they gather on a bumpy journey. They are everyday people with everyday problems and you are sure to identify with at least one! The way he identifies human ideology and foibles is 100% amusing. Here is my favorite line from the book:

Below the Virgin [Mary] was a kind of converted glove box, and in it were a Smith & Wesson 45-caliber revolver, a roll of bandage, a bottle of iodine, a vial of lavender smelling salts, and an unopened pint of whiskey. With this equipment Juan [the bus driver] felt fairly confident that he could meet most situations. (p. 13)

The next book, The Log From The Sea of Cortez, details a six-week expedition collecting marine specimen. It features Ed Ricketts, an expedition companion who did much to shape John Steinbeck’s thinking. There is a lot of philosophizing that happens in this book. Steinbeck can’t help but find correlations between animal life and human tendencies. My book is dog-eared with quotes that are worth saving and pondering. Here’s one such idea:

It is difficult, when watching little beasts, not to trace human parallels. …The routine of changing domination is case in point. One can think of the attached and dominant human who has captured the place, the property, and the security. He dominates his area. To protect it, he has police that know him and who are dependent on him for a living. He is protected by good clothing, good houses, and good food. He is protected even against illness. One would say that he is safe, that he would have many children, and that his seed would in a short time litter the world. But in his fight for dominance he has pushed out others of his species who were not so fit to dominate, and perhaps these have become wanderers, improperly clothed, ill fed, having no security and no fixed base. These should really perish, but the reverse seems true. The dominant human, in his security, becomes soft and fearful. He spends a great part of his time in protecting himself. Far from producing rapidly, he has fewer children, and the ones he does have are ill protected inside themselves because so thoroughly protected from without. The lean and hungry grow strong, and the strongest of them are selected out. Having nothing to lose and all to gain, these selected and hungry rapacious ones develop attack rather than defense techniques, and become strong in them, so that one day the dominant man is eliminated and the strong and hungry wanderer takes his place.
And the routine is repeated. (p. 96)

The Winter of Our Discontent

The Winter of Our Discontent was the last novel to be published, in 1961. John Steinbeck aptly addresses the moral decay of American culture, which is still prevalent today. It features an aristocratic Long Island family man, named Ethan Hawley. He works as a grocery store clerk and struggles with his wife and children’s need for social status. In order to get ahead, both he and his family make choices that seem to fall in the grey shades of their moral codes. You will readily see how compromising values is a slippery slope! A good read and a good reminder. Here’s a favorite part:

Ellen slithered into the room and draped herself on the couch like a knob-kneed cat. She rippled our a steel-cutting giggle.
“He wants to go on television,” she said.
“There was a kid only thirteen won a hundred and thirty thousand dollars on a quiz program.”
“Turned out it was rigged,” said Ellen.
“Well, he still had a hundred and thirty grand.”
Ethan said softly, “The moral aspects don’t bother you?”
“Well, it’s still a lot of dough.”
“You don’t find it dishonest?”
“Shucks, everybody does it.”
“How about the ones who offer themselves on a silver platter and there are no takers? They have neither honesty or money.”
“That’s the chance you take — the way the cooky crumbles.”
“Yes, it’s crumbling, isn’t it?” Ethan said. (p. 181)

Finally, Travels With Charley is an easy read with lots of road trip scenery. With the company of his dog Charley, John Steinbeck takes a specially made camper cross-country. His descriptive accounts of the culture and scenery he finds is eye-opening. Read the stories of his encounters that capture the spirit of America today. It was written a few months before he received the Nobel Prize for Literature and underscores his abilities as a novelist. It’s a wonderful journey from start to finish and keeps your mind fully engaged. Here’s an excerpt:

For all of our enormous geographic range, for all of our sectionalism, for all of our interwoven breeds drawn from every part of the ethnic world, we are a nation, a new breed. Americans are much more American than they are Northerners, Southerners, Westerners, or Easterners. And descendants of English, Irish, Italian, Jewish, German, Polish are essentially American. This is not patriotic whoop-de-do; it is carefully observed fact. California Chinese, Boston Irish, Wisconsin German, yes, and Alabama Negroes, have more in common than they have apart. And this is the more remarkable because it has happened so quickly. It is a fact that Americans from all sections and of all racial extractions are more alike than the Welsh are like the English, the Lancashireman like the Cockney, or for that matter the Lowland Scot like the Highlander. It is astonishing that this has happened in less than two hundred years and most of it in the last fifty. The American identity is an exact and provable thing.

I love visiting used book stores and buying old Penguin paperbacks by Steinbeck. I am a collector of few physical books, but John Steinbeck holds a prominent place on my bookshelf.  I mentioned earlier that I even save quotes and re-read from time to time.  There is so much to gain from reading a Steinbeck novel!  Give one of my top 5 a try and if you blaze through the whole list, might I also suggest a few additional favorites?  Cannery Row teaches you to unburden yourself from material goods. In Dubious Battle addresses social unrest and gives a little insight to the realities of our justice system. Tortilla Flat is artistic and full of adventure. The characters and community mimic Camelot and they are lovable to a fault. Enjoy them and pass them on!

Time to hunker back down and get some reading done. Now that school is back in session, you might have a little extra time for novels and the like.  Need a good suggestion? One of my number one favorite authors is... END_OF_DOCUMENT_TOKEN_TO_BE_REPLACED

Make the most of your stay-at-home time without going completely stir-crazy. We’ve compiled staycation activities and past article ideas to help you have fun at home. All of our ideas are easy to do on your own and are kid-friendly,... END_OF_DOCUMENT_TOKEN_TO_BE_REPLACED

Time to turn off your TVs ladies!  Instead, delve into one of these provocative novels from the 19th century. Our latest reads explore prepossessing aspects of human nature that are just as relevant today. We all have ways that we... END_OF_DOCUMENT_TOKEN_TO_BE_REPLACED