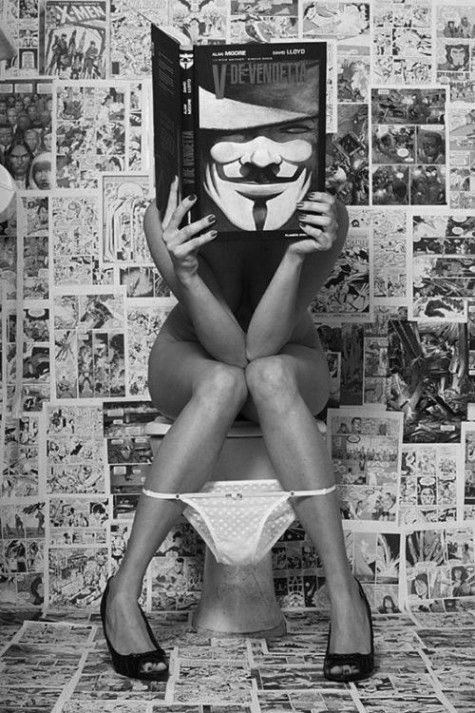 Time to turn off your TVs ladies!  Instead, delve into one of these provocative novels from the 19th century. Our latest reads explore prepossessing aspects of human nature that are just as relevant today. We all have ways that we think and act naturally. How much of that should be controlled? And how much of it should we admit is just a part of life? All 3 of our latest favorite books explore characters that anyone can relate to on some level. There are lessons to be learned as we explore decisions made and their resulting consequences. Come on now, Netflix should not be your sole source of entertainment!

Human Nature: All is Vanity

Hello 2018! Current fashion and media trends are romanticizing early 19th century attitudes and behaviors. Like then, today’s modest styles and formal dialogues are juxtaposed with hedonism and careless spending. Human nature and society as a whole is portrayed with tongue-in-cheek humor throughout the novel Vanity Fair. It seems that many of our modern-day relationships with money run parallel with the attitudes of that time. Author William Makepeace Thackeray illustrates characters living on credit and/or trust funds with equal parts joy and satire. Admittedly, 19th century literature is a little difficult to get into at first, because of the language style. Once you get the hang of it however, you’re in for a delightful ride!

Vanity Fair first opens with a proper anti-heroine, Miss Rebecca Sharpe. Rebecca lacks conventional heroic qualities, such as idealism, courage, or morality. However, most women are able to identify with Rebecca’s human nature as we rely on our own “feminine wiles” from time to time. Pick up this book if you want to escape to another era while keeping a foot in your own time. Before long, you will start to relate to other characters and their relationships with each other, as well. Take note of how their best (or worst) intentions can be thwarted by attributes as simple as naiveté or as complex as addiction. The pitfalls of placing personal worth on a bottom line is not age-specific. Appreciate the ability to learn from other’s mistakes!

Our next read is actually a gothic novella, meaning it’s quite short (just over 100 pages). The Strange Case of Dr. Jekyll and Mr. Hyde explores the duality of human nature. Anyone who has had a curiosity about (or has given in to) their darker side will enjoy it! Most of us know the basic story line, but the nuances brought out in the book are what makes it so special.

The Strange Case of Dr. Jekyll and Mr. Hyde

The Strange Case of Dr. Jekyll and Mr. Hyde first pulls you in as the mystery begins to unfold. The majority of the book is told from the point of view of Dr. Jekyll’s lawyer, who is trying to make sense of events as they play out.  It’s not until the very end, when we see things from Dr. Jekyll’s point of view, that we truly understand the inner conflict of his human nature. The thrill of reckless abandonment leads the doctor down a treacherous path and ultimately towards his own demise. Robert Louis Stevenson reminds us how an initial sense of freedom and a seeming “lack of consequences” can besiege us.  Pick up this short book and enjoy it during kids’ naps or while waiting in line. The kind of thinking it provokes is essential for keeping your wild side in check and your responsible side recompensed.

Finally, if you like novels full of passion and regret, Leo Tolstoy’s masterpiece is here for you. The human nature of viewing “the grass as always greener” is depicted throughout Anna Karenina. Anna’s conflicted nature as she wrestles with the multiple roles of wife, mother, and lover should strike a tender chord with any woman. Her struggles with freedom and responsibility are not just the pitfalls of youth. Whether you agree with her decisions or not, you will love how beautifully written it is to the very end.

Although the story is based on Anna, a noblewoman and socialite, Anna Karenina follows the story of several families. We learn of the unhappy results of giving into carnal human nature as well as the happiness of bridling passions. Marriages are fortified or families are ruined based on the choices each character makes. It would be wise to take some lessons here and give some thought towards the impact impulsive decision-making can have. We are never stuck on a path and can always make personal sacrifices where they will do the most good. Having the ability to discern which paths are best is what makes this book such an essential read.

Words For the Heart

19th century literature is especially fun to pick up during the month of February. From Romantic themes to Gothic horror, human nature and the workings of society are wonderful topics to explore this month. If you are an avid reader, take a look at some of our other favorite classic novels from last year. If you like shorter books that will also inspire you, our quick reads from last January are also easy to get through. The trick is to balance your book time with your binge-watch time. Give your brain and heart a little something #extra why don’t ya!

We’re here to make your life easier! Breaking chores up into small daily tasks helps you keep your house clean. The trick is to find the right cleaning lists that you can truly stick to. It allows you to turn... END_OF_DOCUMENT_TOKEN_TO_BE_REPLACED

You may recall from seasons past our old gift-giving mantra, “something they want; something they need; something to wear; something to read.” We’ve compiled a couple of Christmas gift books for kids of all ages. As recommended by our collection... END_OF_DOCUMENT_TOKEN_TO_BE_REPLACED

Education is not intended to end the first week of June! Think of summer education as an opportunity to implement some activities at home and help your children thrive in the coming school year.  Here are 5 easy ways that... END_OF_DOCUMENT_TOKEN_TO_BE_REPLACED